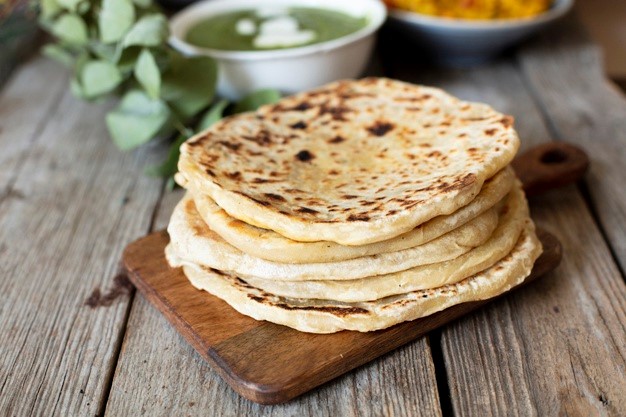 Bread may have its origin in Egypt, but believe us when we say that India is where it found its finest form. Indians indeed refined the shape, flavour, texture, and tang of the food and invented wide-ranging types of bread. If you want to know what are some of the best types of Indian bread, you’ve come to the right place!

Made with whole wheat flour, water, and salt, Poori is the epitome of a typical Indian breakfast. It is prepared with unleavened bread, and once fried, the crispy bread will make you yearn for more. While it can be eaten with several kinds of dishes, it is best served with chhole, which is another traditional dish of the Indian subcontinent. Fire up your search engine and punch in “Indian restaurant in Narre Warren” to savour the lip-smacking bread.

Naan is a godsend bread that travelled to India all the way from Central Asia. It was an integral part of the Mughlai food. The distinct feature of this bread is that the dough used to prepare this is kneaded with milk in lieu of water. This makes the bread tremendously soft. There are various sub-types of naan, too, with butter naan being the best of all. While making the butter naan, butter could be mixed with the dough or could be smeared on the bread after preparation, which is usually what restaurants do. The best way to experience naan is to eat it with butter chicken. We swear you won’t regret it! Just head to Google and type “butter chicken near you” or “best biryani near you”.

Bhatura can often be confused with Poori due to the apparent likeness of the two in terms of looks, but trust us, these are as different as apples are from oranges. For one, Bhatura is much larger in size than Poori. The former is also thicker. And don’t even get us started on the texture. The bottom line, both are excellent in their own right. The only similarity between the two is that they both can be best served with chhole. You can try the dish at any Indian restaurant. Just type “veg Indian food near you”, and book yourself a table.

Paratha is a typical Indian breakfast food item. It is prepared with flatbread, which in turn is made of flour and water. A lot of people like to mix things up and add some additional ingredients while preparing paratha. For example, the flatbread could be stuffed with veggies like potato, onion, or radish to spice things up. There are plenty of other vegetables that could be added too. Although paratha could be savoured with any dish or curry, a lot of people prefer to consume it with butter, pickle, or curd. You can try paratha with all three once to find what suits your taste buds the best. Enjoy this exquisite bread at a restaurant by punching in “Indian restaurant in Casey” or “Indian food near you”.

Fill out this form to make a reservation